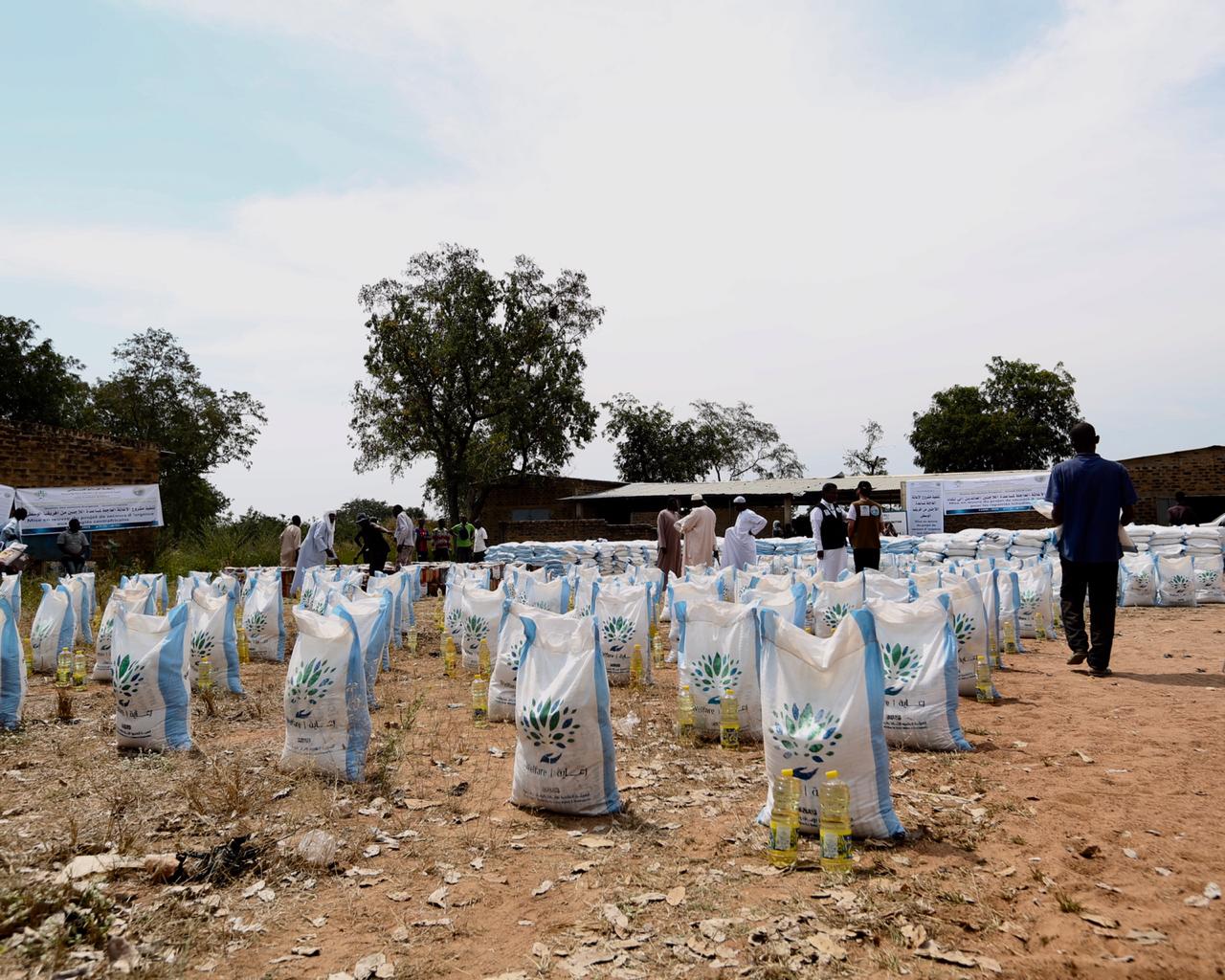 The only organization that continues providing assistance on the Chadian border

Through its Global Relief, Care and Development Authority, the Muslim World League has completed an urgent relief campaign aimed at distributing food baskets to some 40,000 refugees from Central Africa residing in refugee camps on the borders of the Republic of Chad. The Rabita has been present since the outbreak of armed conflict in Central Africa, In particular in the State of Chad. It is the only international humanitarian organization that continues providing assistance to the people of Central Africa who have been displaced to the borders of the Chadian Republic. Since the beginning of the crisis, that MWL received accolades from humanitarian organizations of the relevant government and security agencies in the country of Chad especially after the international humanitarian organizations stopped working in this troubled border area for various reasons.
His Excellency the Secretary-General of the Muslim World League Sheikh Dr. Mohammad Bin Abdulkarim Alissa urged relief workers to continue their humanitarian support for this neglected and vulnerable group, which represents women and children fleeing war. He asked them to serve all this group's needs by expanding and diversifying their efforts; not only to include life's necessities and food, but also primary health supplies, clothing, etc. These services are urgently needed especially in the face of the suffering in refugee camps, the lack of help and support, and their total relayence on the aid.

The Muslim World League has pledged to continue providing assistance to the people of Central Africa who are displaced to the refugee camps, regardless of work conditions and risks. Such position stems from the firm belief of the awesome humanitarian mission it carries out through its relief body for care and development focusing on its Islamic approach in its btoad mercy that encompasses the entire humanity which made every act of kindness meets with great reward regardless of any religious, ethnic or other affiliation.

The Muslim World League thanked and appreciated the Governor of Southern Chad Mr. Abad Al-Sayer for the great support given to the efforts of the relief teams in the areas of the southern refugee camps and his unbiased recommendation of the work of the Muslim World League in the region and his assurances to use all available means to facilitate the Rabita's teams to carry out their humanitarian missions smoothly and safely.

The MWL explained that the emergency relief campaign served four camps located on the border strip between the State of Chad and the Central African Republic, and distributed about 8400 food baskets that will provide the inhabitants of these camps with subsistence for a long period of time. It is so worth mentioning that the work team of the Rabita has made strenuous efforts to reach this rugged, forbidding and dangerous outpost on the border region, 1000 kilometers away from the capital N'Djamena, is more than 1,000 kilometers away, and shunned by humanitarian organizations. With the grace of God, our teams have successfully completed their mission. The group has managed to add more than 150 new Central African refugees to the distribution plan at the last momen. All these achievements are based on the long experience gained by the MWL in the field of humanitarian work, and a sense of the need of new displaced persons to the desperate emergency relief they are after. These have  traveled painstaking distances to reach the safe area.

The Rabita stated strongly that it will not hesitate to carry out its relief, development and health work on the African continent in general and in the State of Chad and to the refugees on its territory in particular.

The MWL noted that it would implement regular programs in most Chadian areas, focusing on health aspects, where it is running one of the best health centers in the capital, as well as multi-purpose medical campaigns and camps. The assistance also includes development programs such as urban centers, construction of mosques, digging Wells. and provision of care to the orphans and conducting emergency relief campaigns. 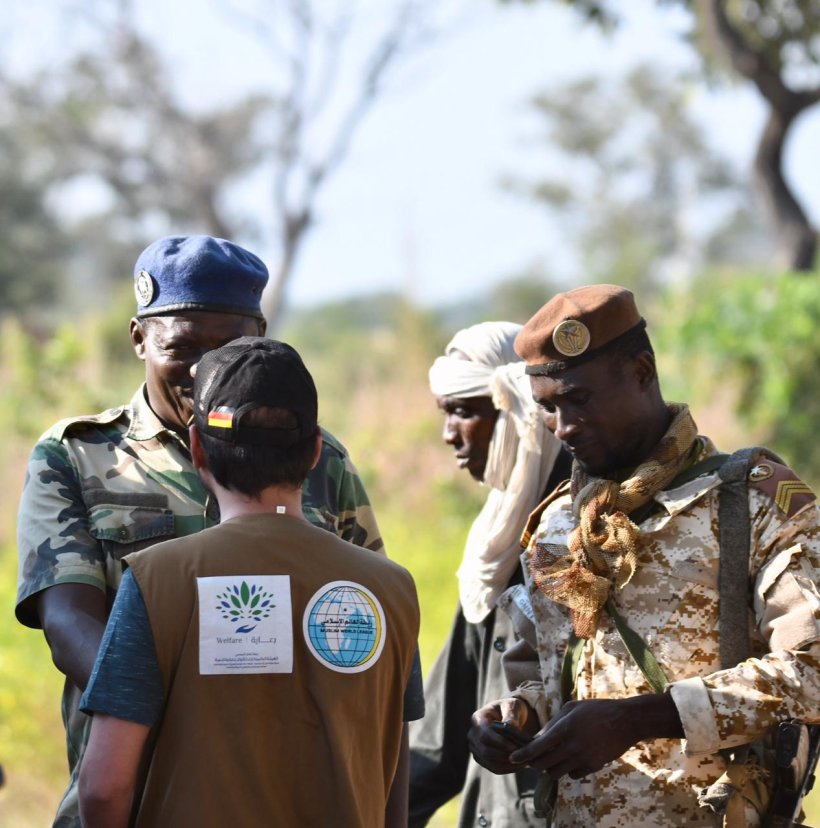 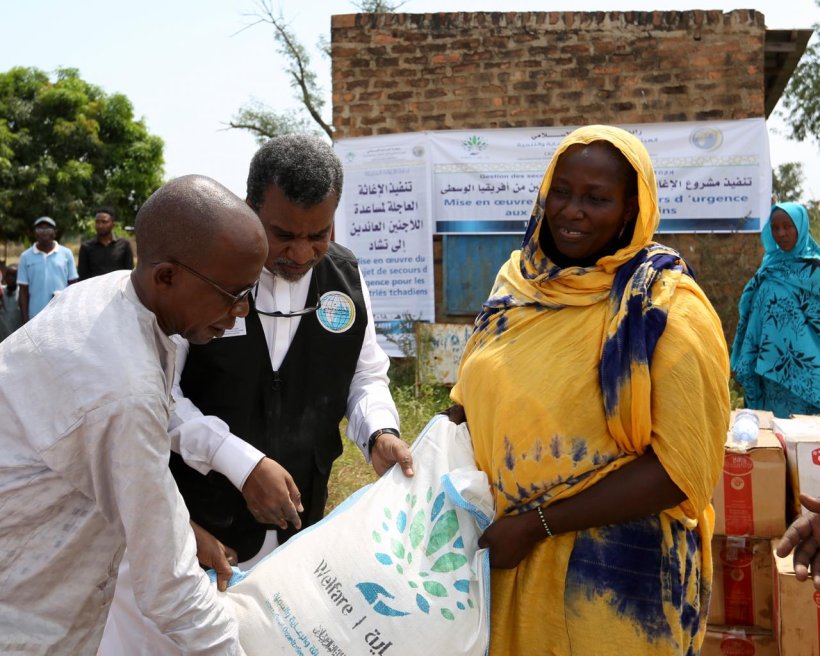 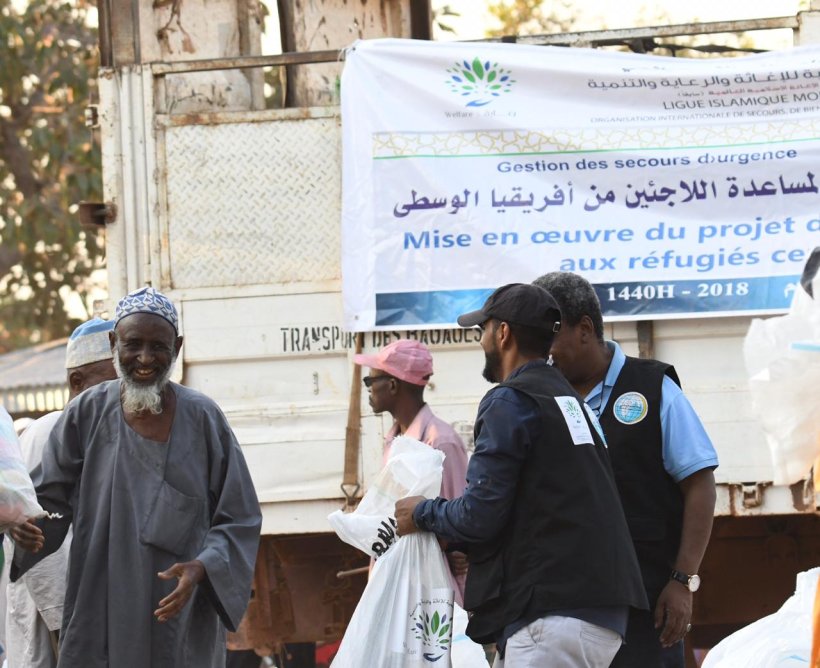 MWL provides humanitarian support and relief to areas impacted by natural disasters. Our emergency campaigns are designed to assist large numbers of individuals with basic food, shelter & health support when they need it the most.
Three competitors of the MWL's Organization for Memorizing Quran won 1st 2nd & 3rd place in Kuwait competition; the Emir gave them prizes.
International Organization for Relief, Welfare and Development is among the first relief organizations to reach the African Countries affected by CycloneIdai