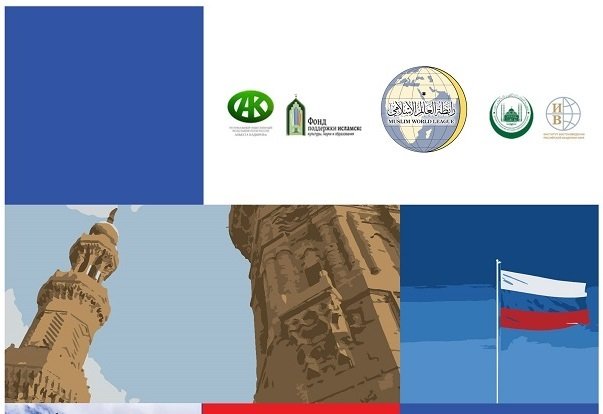 The International Conference On
Islam a Message of mercy harmony

Organized by the Muslim World League in the Russian Federation
In Coordination with
The Spiritual Department of the Muslims of the Chechen Republic
Rajab 21-23, 1440.
March 28-30, 2019.

Vision
Finding effective solutions and programs to consolidate positive cooperation, build bridges of peace and mutual respect between the Muslim World and the different components of the Russian Federation.

Message
Engage in civilizational rapprochement and promote positive cultural exchange between the Muslim World and the Russian Federation, to fulfill the values of human mercy and consolidate peace and stability in the region.

* Recitation of the Holy Quran

The Grand Mufti of Egypt
• His Eminence Sheikh Shawki Allam

Theme: The Fundamentals of Coexistence in Islam
Moderator:
His Excellency Sheikh Dr. Saleh bin Abdullah bin Humaid
(Imam of the Grand Mosque and Advisor to the Royal Court – Saudi Arabia)

Speakers:
* Islam in Russia… the Past and the Present
(His Eminence Sheikh Salah Mezhiev
(Mufti of Chechnya)
(Director of the Institute of Oriental Studies of the Russian Academy of Sciences)
* The Future and the Prospect of Religious Coexistence in Russia.
- Dr. Majid Abdulaziz Al-Turki.
(President of the Center for Media and the Arab-Russian Studies in Moscow)
*The Efforts of the Muftis and Religious Organizations in Consolidating the Values of Peace and Coexistence.
- Sheikh Muhammad Almukhtar ibn Imbalah
(President of the Ifta Council - Mauritania)

* The Phenomenon of Violence in the name of Religion.
Dr. Mohammad Nimr El Sammak
Secretary-General of the National Islamic Christian Committee for Dialogue - Lebanon

Moderator: Dr. Majid Abdulaziz Al-Turki.
(President of the Center for Media and the Arab-Russian Studies in Moscow).

• The Targeting of the Youth by Terrorist Organizations (On Social Media)
- Dr. Abdullah bin Abdulmuhsin Alssaf .

• The Efforts of the Kingdom of Saudi Arabia in Combating Terrorism.
HE Major General Abdullah bin Ghanim Alqahtani
(Director of the Strategic Studies Unit)

The Path Towards an Effective Solution for International Issues and Crises 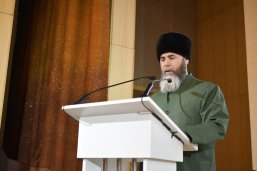 Speaking at the "Islam, a Message of Mercy and Peace" conference, Sheikh Salih, the Grand Mufti of the Republic of Chechnya 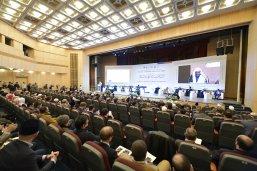