The Royal University in the Cambodian capital Phnom Penh hosts Dr. Al-Issa who delivered a lecture themed "Our Common Values and the Civilizational Alliance"

His Majesty King of Cambodia, Norodom Sihamoni, received Secretary-General of the Muslim World League and Chairman of the Association of Muslim Scholars Sheikh Dr. Muhammad bin Abdulkarim Al-Issa, who lauded the Cambodian tolerance model in achieving the national harmony in the Cambodian Kingdom. His excellency praised the excellence of this harmony that includes the Islamic component within its fabric. This Islamic component enjoys the full religious freedom and lives in peace among other national components in an image that reflects the high level of awareness and national cohesion.

For his part, His Majesty King of Cambodia, Norodom Sihamoni, praised the tangible impact of the MWL’s sincere efforts to strengthen the civilizational alliance among followers of religions around the world, and raise awareness among Muslim communities.

Dr. Al-Issa visited the Islamic Center in the Cambodian capital, Phnom Penh, and met with the Cambodian Islamic leaders who praised the arduous efforts of the MWL all over the world. They also expressed appreciation for the remarkable reputation of senior political, parliamentary and religious leaders in Cambodia as a role model among the international ones that appreciate the League around the world, a matter which has a direct and large positive impact on Muslim minorities.

Sheikh Al-Issa also gave Friday prayer sermon at the Great Mosque in the capital, Phnom Penh, at the request of the Islamic religious leadership in Cambodia. In his sermon - which was witnessed and heard by hundreds of worshipers - he addressed four key themes that attract attention from the Islamic components in their national communities.

Dr. Al-Issa met with Grand Buddhist patriarch of the Kingdom of Cambodia, Tep Fong, and Patriarch, Bor Keri, who both confirmed that the visit is "historic for the Cambodian people, not preceded by a high-ranking Islamic figure’s visit paid to Cambodia. They also stressed the importance of strengthening cooperation among followers of religions.

The Royal University of Phnom Penh also hosted His Excellency Dr. Al-Issa, and he was received by His Excellency Cambodian Minister of Education, His Excellency the Chief Minister, His Excellency the president of the University along with a set of professors, researchers, students, and senior officials from local leaders. It is worth mentioning that the Royal University of Phnom Penh is the country's largest university and was established 62 years ago. It hosts around 20,000 students in undergraduate and postgraduate programmes. It offers degrees in fields such as sciences, humanities and social sciences, engineering as well as vocational courses in fields. In the University, Dr. Al-Issa delivered a lecture entitled: “Our Common Values and the Civilizational Alliance".

His Excellency expressed his appreciation for the prestigious university, from which a number of Cambodian leaders graduated. He also praised the values of tolerance and co-existence adopted by the Cambodian people, who have become an inspiring role model in combating all forms of hatred, racism and discrimination.

His Excellency also spoke about the common denominators and values among human beings, considering them an embodiment of civility and awareness in full meaning. These values and denominators granted all national components of Cambodia their full rights, despite differences in religion and ethnicity. All these unique elements made modern Cambodia live in security and stability and achieve national prosperity and flourish.

Then His Excellency pointed out that the common values and denominators are the moral human bond, and that they mean the moral alliance of human diversity, whether religious, cultural or otherwise. These values and denominators also mean emphasizing that diversity among human beings is brought together by points of convergence, which are capable of bringing peace to the whole world and our national communities.

His Excellency highlighted that recalling common values is not enough, but joint action should be taken in the light of these values, and that the work should be serious and effective, have a tangible impact, and can be measured and evaluated.

His Excellency then cast light on the Riyadh Forum, which was held last month on common religious denominators and values. The forum was an important turning point in the relationship among followers of religions and civilizations. A number of religious thinkers and political officials, concerned with the Alliance of Civilizations, participated in the forum. At the conclusion, the forum issued a historic declaration themed “Declaration of Common Human Values” which recommended the establishment of a forum of religious diplomacy in order to build bridges among civilizations. Dr. Al-Issa he also recommended the issuing of a global encyclopedia of human commonalities and denominators, currently is being compiled by the MWL. 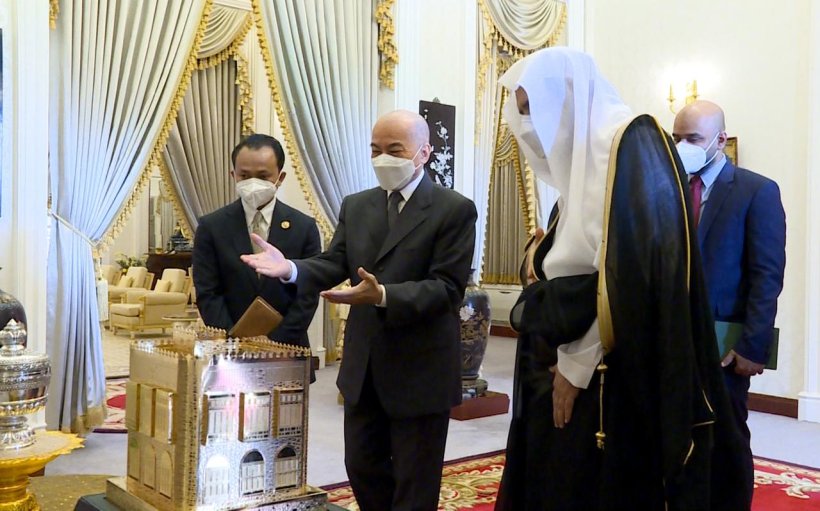 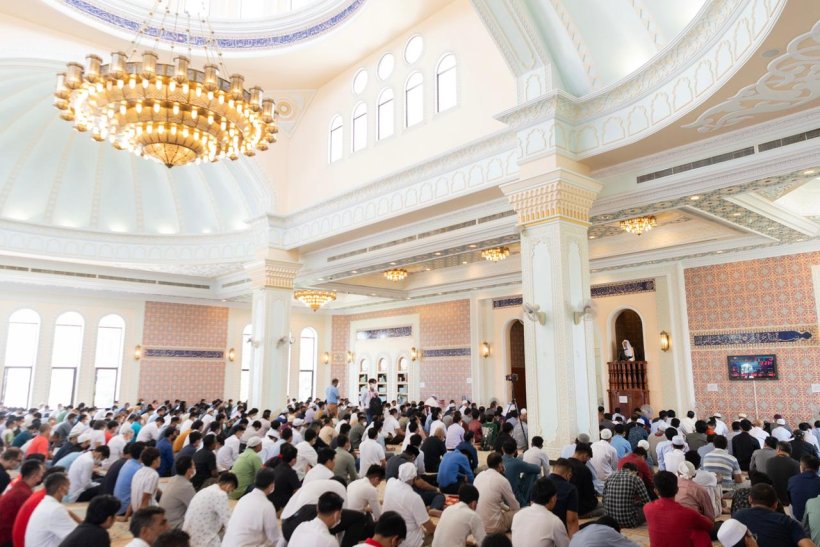 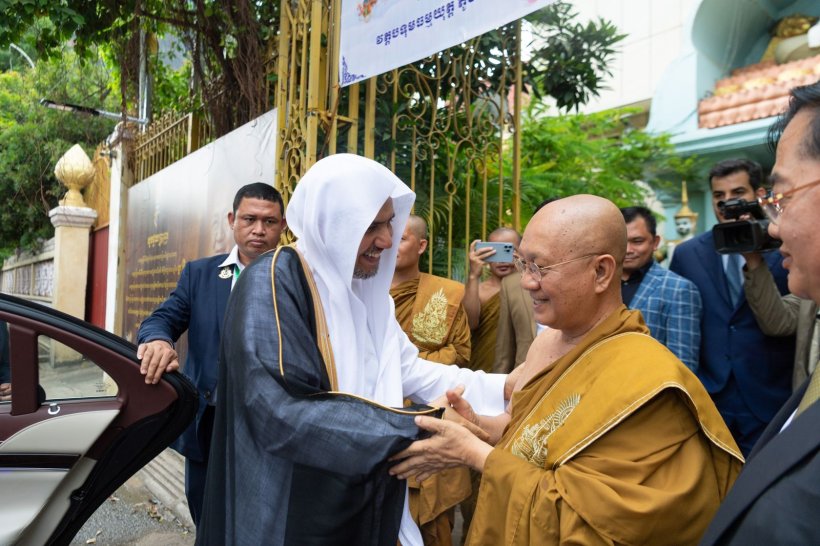 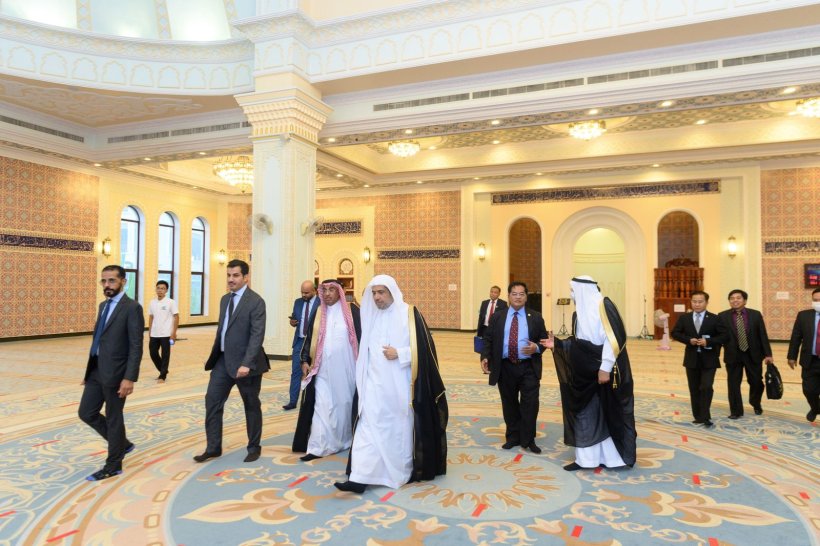 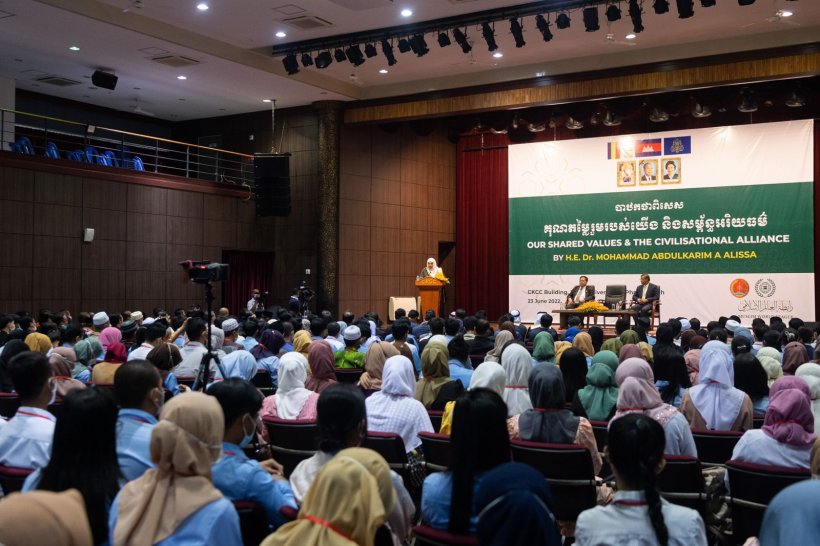 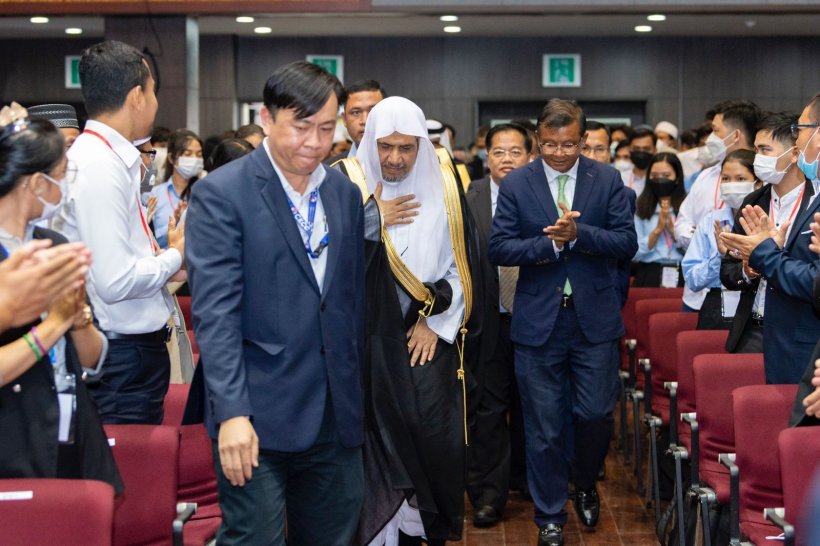 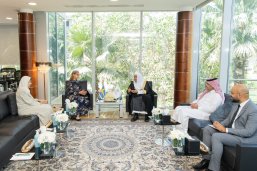 Dr. Al-Issa Meets with Sweden’s Ambassador-designate to the Kingdom of Saudi Arabia 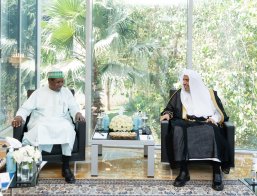