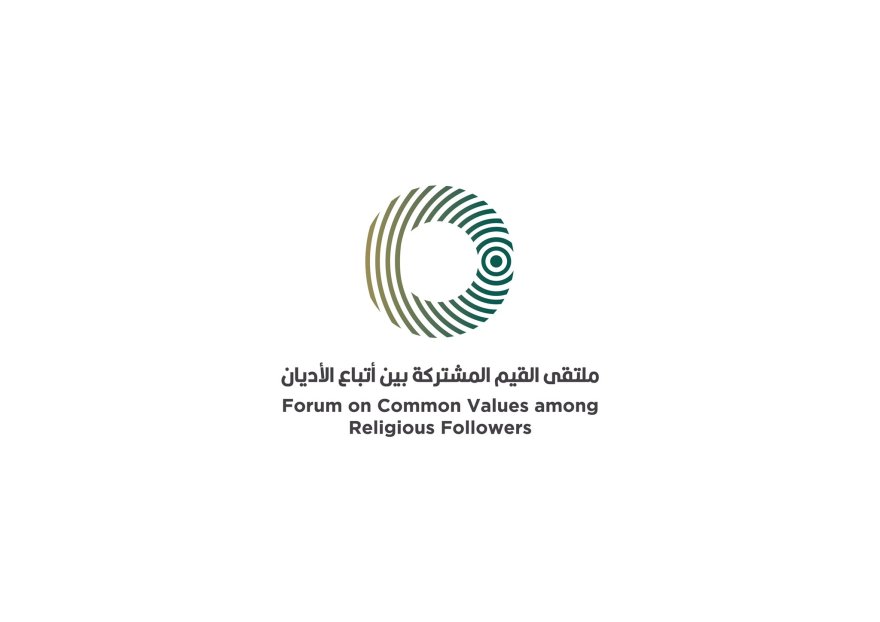 The forum on "Common Values among Religious Followers" launched under the auspice of the Muslim World League:
Muslim leaders and Senior scholars hailed to Riyadh to attend the most important international religious event with the participation of representatives of all major religions and cultures
Al-Shehri:
-    The forum is based on solid basis of the teachings of our great religion that calls for dialogue and cooperation.. Among its main topics is clarifying that Islam is a mercy to the worlds
-    Guests of the forum are distinguished leaders who are known for their respect towards Muslims and have several stands on Islamic issues that are worthy of appreciation
-    Muslims, with their power of righteousness, are dialogue initiators and the authors of its literature.

Riyadh:
The forum of "Common Values among Religious Followers", hosted by the Muslim World League, launched today, Wednesday, in the presence of a number of religious leaders in Riyadh. His Excellency the Under Secretary General Of Corporate Communications of the Muslim World League, Mr. Abdulwahab bin Mohammad Al-Shehri, explained that the forum is based on the MWL’s goals included in its statute and regulations, which aim to consolidate its global role as an independent international non-governmental organization. Spreading the values of Islam that call for the good of humanity, including cooperation with everyone to strengthen human commonalities for a more cooperative and peaceful world, as well as more coexisting and harmonious societies are among its goals, starting from the land of the Kingdom of Saudi Arabia, the land of Islam and human communication.
He stressed that the forum has strong basis of the teachings of our great religion that calls for dialogue and cooperation to ensure optimal coexistence in our world. In light of which the modern international system was created under the auspice of the United Nations, comprising of organizations, bodies and programs which is a place where everyone converges. That includes the United Nations Alliance of Civilizations, in which Islamic countries, through their scholars and intellectuals, have played an active role.
Al-Shehri revealed that “among the main topics of this forum is the clarification of the facts of Islam that it came as a mercy to the worlds, and our noble Prophet (PBUH) conveyed its morals to all people, as he was described by the Almighty God as the greatest character. With his morals, he was able to spread harmony among people. While Extremism and counter-extremism (around the world) sought to distort those Islamic values. Those values with their greatness were able to reach the worlds and eliminate attempts to distort them.” He continued “today, we see new attempts to destroy these values -everywhere- resulting in concepts, theories and slogans of Islamophobia”.
Speaking about the solid foundation of the forum, the Under Secretary General Of Corporate Communications of the Muslim World League, added: "The forum is also based on the guidance of the Madinah Charter which our Prophet (PBUH) signed with various religions in Madinah. The charter clearly highlighted the wisdom of Islamic legislation in dealing with everyone, as Islam was opened “positively” to followers of religions to clarify its message of calling for the good of humanity and to address any wrong concepts, methods or practices that do not contribute to the understanding and peaceful coexistence of all.
Al-Shehri reiterated that the attendance of the forum are "independent religious leaders whose main focus is the religious framework". He also stressed that the Muslim World League does not deal with any ideological or political goals whatsoever, as it is the MWL’s approach. As it is necessary in such matters, such events must be independent from any goals other than their sublime declared goal.
Regarding the forum’s guests, religious leaders from non-Islamic components, he said: “The guests of this forum are distinguished leaders, who are known to respect Muslims and stand with them in a number of issues which is worthy of appreciation.” Al-Shehri noted that communication with them comes to building more bridges to reach desired goals.
He continued: "This important and pivotal context requires the wisdom of Muslim scholars - majority of forum attendees- to continue dialoguing with others to further clarify the truth about the values of Islam, which represent every sublime human value. Therefore those common values deserve attention and completion. Our Prophet (PBUH) said: “I was sent to perfect good character.” This text establishes the importance of caring for those commonalities, as it values them, celebrates them and perfects them. Muslims trust in their beliefs, the light that guides them. Only the weak is afraid of others in such context, and Muslims, with their righteous power, are dialogue initiators and the authors of its literature.
The forum has an opening session and three discussion panels, the first of which is under the topic: “Human Dignity”: (fair) equality between human beings and the depth of human commonalities. It focuses on the necessity of understanding religious and cultural specificities and not offending their followers, but rather dialogue shall take place to clarify what needs to be clarified as it is among the morals of Islam.
The second is entitled “Bridging Humanity for the Good of Humanity: Dismantling the concept of the inevitable conflict, clash of civilizations, as well as promoting the values of friendship and cooperation among nations and people for the benefit of all,” under the slogan: “One human family gets to know each other, understands and cooperates while clarifying the truth for all.”
The third session deals with the topic: moderation and understanding others.. the innate human values and their role in forming moderate personality, understanding diversity among humans, and not turning it into fear, hatred or conflict, but rather into dialogue, understanding and cooperation for the benefit of all.
Sessions will be followed by an open dialogue about the presented initiatives, then the final statement will be read out during the final session, including a declaration of common human values in light of the outcomes of the forum's conclusions.

Final Communique And Declaration on the Common Human Values