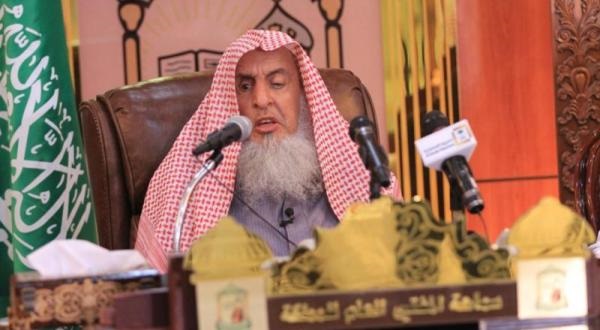 The Grand Mufti praised the standards of supervising the mechanism of importing Halal meat to the Kingdom.

The Mufti appreciates the efforts of the Muslim World League in fulfilling the (Halal) conditions.

His Eminence the Grand Mufti of the Kingdom of Saudi Arabia, President of the Council of Senior Scholars, President of the Scientific Research and Fatwa Committee, Sheikh Abdulaziz bin Abdullah Al-Sheikh, appreciates the interest given by the Muslim World League to Muslims’ unity in aligning their words and stance, healing their wounds and keeping them away from harm. He stated that close friends and remote ones testify to these blessed and successful efforts realized by the Rabita and recognize the obvious achievements they have performed. These facts cannot be denied by any fair minded and unbiased person.

The Mufti acknowledged the role performed by the Muslim World League in overseeing the Halal slaughter of meat imported to the Kingdom. He praised the applied standards by the Rabita in the process of supervising the mechanism of importing Halal meat to the Kingdom. He said: "The Rabita plays its part in this effort, fulfills the requirement of Islamic slaughter, through thorough verification of the slaughter procedure in accordance to established legitimate methods and reliable mechanisms."

On this occasion, the Muslim World League has reaffirmed its commitment to the Sharia’s highest standards, and that it relies on the Gulf Standards Organization (GSO) and regulation in issuing Halal certificates pertaining to Halal food conditions and suitability.  It bases the Issuing of "Halal" certificates on the recommendation and opinions of the International Islamic Fiqh Council. The Rabita has recently halted many slaughterhouses, centers and unions whose practices are in blatant contradiction to halal slaughtering norms.

It is worth mentioning that the Muslim World League was approved as the sole authorized legal authority for exporting Halal products to the Kingdom. This decision was implemented following a Royal decree which limits issuing Halal certificates to the Rabita only; this was due to the MWL international relations and expertise in coordinating and cooperating with local and international bodies, in the area of manufacturing and marketing Halal products.

Through the Standing Committee for Issuing Fatwas in the Kingdom under the leadership of His Eminence the Grand Mufti Sheikh Abdulaziz Al-Sheikh, the Scholars’ Supreme Council has issued a fatwa giving exclusive and full responsibility for slaughtering Halal products imported to the Kingdom to none other than the Muslim World League. The latter is considered the oldest Islamic organization working in the field of halal and food products. It enjoys more than thirty years of experience, and has offices, partners and Islamic centers around the world.

For this reason, the Rabita is currently working on the final steps to establish the largest Sharia oriented center for halal in the world, headquartered in Makkah. The mission of the Center is to supervise and control slaughtering, halal industry and granting Halal certificates directly or through the offices and representatives of the Rabita abroad. Issuing halal certificates will be in conformity with international mechanism and compatible with international standards. The center will provide Halal sales certificates along with raising religious and technical awareness, introducing Halal food; in addition to providing media consultation in awareness and marketing, and supporting and promoting Halal food industry and technology.

With great sorrow, the Muslim World League followed the heavy damage suffered by a number of US states as a result of Hurricane Ida 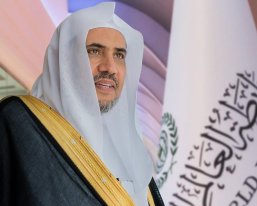 Malaysia has honored HE Dr. Mohammed Alissa with the Hijra of the Prophet award

Join our call for zero tolerance for hate speech. Sign the petition